*Note: these will be posted on a one-day delay, i.e., this report is for yesterday’s activities.

Another great day on the water for us! Seas have remained calm and we’ve managed to avoid pop up showers for the most part so far. And there’s plenty of Sargassum in this part of the Gulf at the moment. Here’s another brief summary of our sampling ops during Day 4 of our NOAA RESTORE cruise. 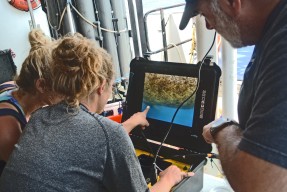 Overnight we cruised across the newly formed eddy that’s separating from the Loop Current, and found the western edge by morning, along with new Sargassum mats to sample. The team is really in a rhythm now; everyone jumps into action and knows what to do, like a well-oiled science machine! The CTD cast, water collection and camera rig deployment went smoothly, though the winds did pick up a bit and our camera system drifted out of the mat at some point during the end of the recording period. 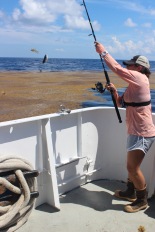 Our neuston two went very well, and we picked up a number of juveniles, including a nice Tripletail and a few Sergeant Majors. But much like yesterday, this mat was loaded with juvenile carangids, and we had quite a time fishing the Sabiki rigs. But today it wasn’t so easy, because we were competing with a school of larger Mahi Mahi that would chase these smaller fishes as we reeled them in. The water was so clear, you could watch the race to the boat, and on more than one occasion we watched as a Mahi ripped a small Amberjack right off our hook, often leaping out of the water to do so. Still, we easily caught at least a dozen or so Amberjacks and Bluerunners, even after losing a few to one of the top predators in the Sargassum community.

A group of Mahi Mahi feed on the juvenile fishes around the sargassum mat during a sabiki rig sampling event (Photo: Carla Culpepper)

We searched for an open water site to sample, but again we were well-surrounded by Sargassum weedlines and mats. So we opted to do another Sargassum station. Having located a nice mat, we were prepping for a neuston tow when we spotted a juvenile sea turtle–or at least his/her back end as it plunged under the Sargassum and dove away. We decided to steam to another mat (there were plenty) to avoid any incidental catch, and we were able to collect another neuston net sample, along with a CTD cast and water samples. We stayed with this set of Sargassum mats until dark, then deployed a pair of light-traps in the Sargassum before setting a course for the northern edge of the eddy. 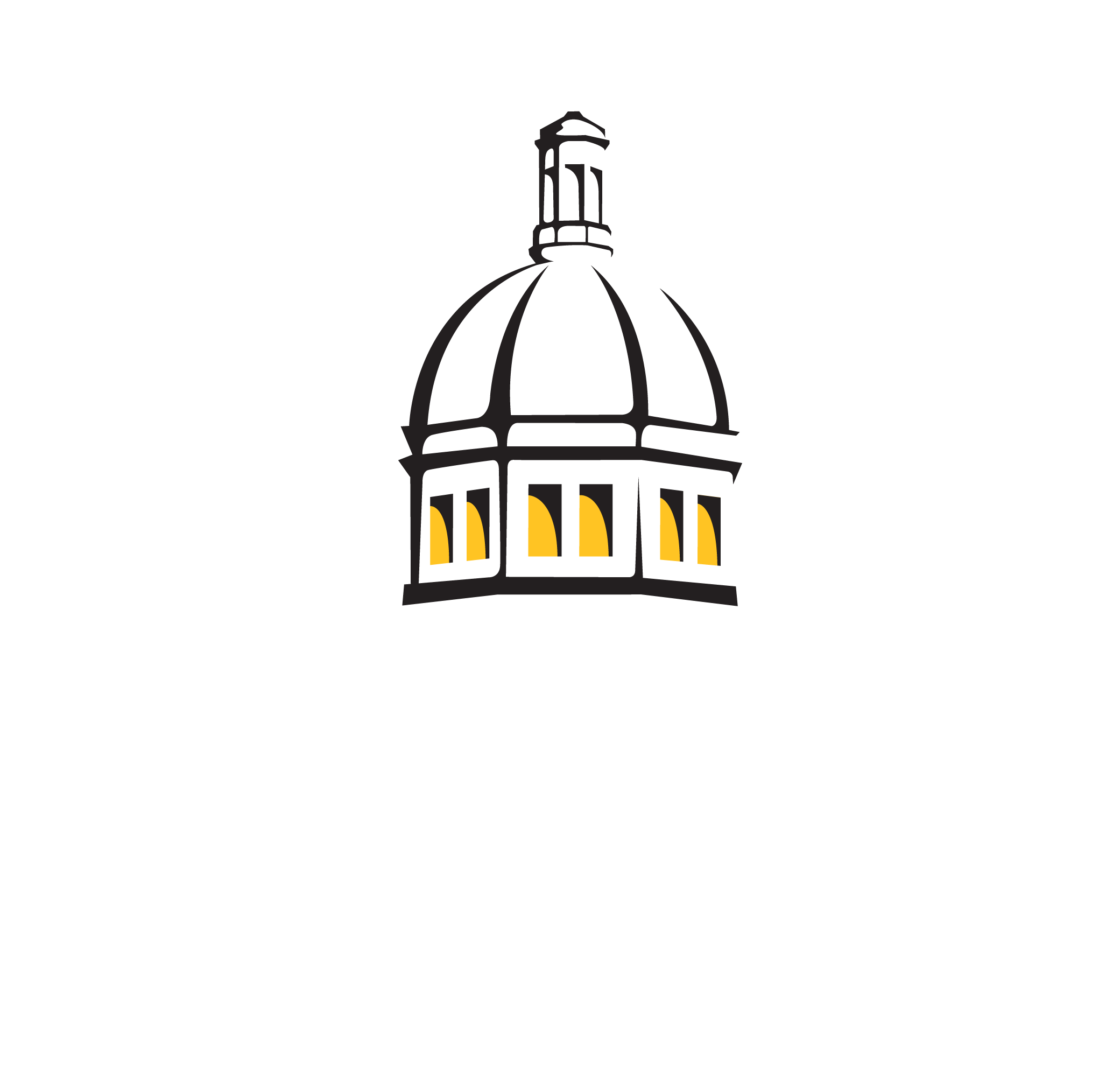